A.M.I.T® practitioners can predict injuries by examining and identifying instabilities in the body, which in most cases lead to injury. The new advanced therapies utilized in A.M.I.T® procedures allow for rapid corrections of instabilities resulting in improved function, removal of pain and an overall new level of performance.

The developers of the A.M.I.T® system discovered the primary cause of chronic joint pain and muscle pain is due to inhibited muscles due to overuse or injury. Although the pain of the injury goes away over time, the functional imbalance remains and in turn these functional imbalances eventually lead to chronic pain. By defining these imbalances and correcting them using the A.M.I.T® therapies, healing and rehabilitation can take place rapidly without the need for drugs or surgery.

There is no reason why people cannot be active into their 80s. You owe it to yourself to discover why top athletes and people from all over the world are willing to come to Kaysville, Utah to be treated by Dr. Buhler and associates. We look forward to meeting you. Our mission is to accelerate healing to maximize function and human performance by integrating the structural, chemical and electromagnetic systems of the body. We predict and prevent injuries by defining vulnerabilities through an Innate Intelligence guided systems approach to assessment, diagnosis and therapy.

Science –The foundation upon which Advanced Muscle Integration Technique is based: 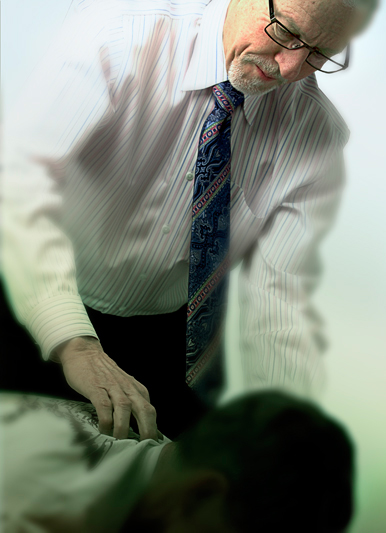 Dr. Alan G. Beardall was born September 7, 1938 and his untimely death occurred December 1, 1987 in an automobile accident. He was one of the original Diplomats in the International College of Applied Kinesiology and was a genius behind the A.M.I.T® method.

“You should never have to treat the same muscle twice,” he would teach. “If you found the same problem recurring, you have missed something and need to dig deeper into the body’s systems for the answer as to why your treatment did not hold.” -Dr. Alan Beardall

The body was Dr. Beardall’s laboratory and teacher. He was always in awe of how wondrous the body was, how it could display truths if asked the right questions. He posed questions by challenging muscle function conditions, defining range of motion restrictions and evaluating the details of a patient’s symptoms. This became the “biological language system” used in the A.M.I.T® model.

Dr. Beardall was a nationally ranked distance runner and never missed a day of running the roads. Because of his involvement in running, he drew many of the nation’s elite runners to his office in Lake Oswego, Oregon. As a result, he was presented with many difficult and chronic athletic injuries.

Dr. Beardall was a perfectionist, which was the driving force that led him to never be satisfied with anything less than maximum function and pain free performance in his patients. He worked tirelessly for years defining and refining the work that became known as Clinical Kinesiology or CK. CK is a system that enables physicians the ability to isolate and test 310 unilateral muscles in the body for function. He expanded our understanding of anatomy by re-discovering the anatomical divisions of muscles that were lost in anatomy books by editors’ desire to simplify anatomy. In addition, he discovered systems related to each of the 310 muscles. This revolutionized human performance analysis and treatment.

Never satisfied until he figured out the cause of a patient’s condition, Dr. Beardall studied every technique he could in the healing arts. He had the uncanny ability to see the truth. An intuitive genius, his connection with a higher source seemed to lead and teach him based on the questions he was asking. If he had difficult patient that had him stumped, he would pour over volumes of journals while his family slept, searching for answers. By the patient’s next visit, Dr. Beardall was ready to work through his new discoveries to see if the patient would respond in a positive way.

Over the course of several years, problems that once stifled him became easy to correct. As each new challenge presented itself in his clinic, he faced it with the same drive to understand and succeed. In April 1982 Beardall published the first of a series of Clinical Kinesiology manuals with all the reflex points and muscle test for each of the muscle divisions. He held his first seminar in Bandera, Texas on muscles of the temporomandibular joint.

Through it all, CK became the base on which A.M.I.T® was developed. Dr. Beardall has been greatly missed yet his passing opened the opportunity for others to grow and develop as we followed in his footsteps.

The A.M.I.T® method was developed using Alan’s work with the Utah Jazz basketball team over a 26 year period. The challenges of professional basketball injuries put the work to the ultimate test. Through the process new insights developed in how to process an acute injuries. Acute injuries it turned out seemed easy to fix. The challenge was in the process for chronic injuries. The research we did at the University of Utah medical school physiology and dissection labs revealed new insights as to how the muscles and connective tissue related to each other. These insights lead to the understanding of how to correct chronic conditions that were so hard to resolve.

The results were not only the rapid correction of acute injuries and the removal of long standing chronic conditions, but improved athletic performance and low injury rates. The A.M.I.T® method with its genesis in Clinical Kinesiology is quickly becoming the standard of care for athletic injuries and human performance improvement and will revolutionize how we approach sports medicine and sports chiropractic.